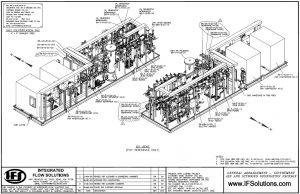 IFS’s Combined Instrument Air & Nitrogen Generation Packages supply clean, dry instrument air to users on oil and gas platforms and clean humidified nitrogen to the compressor seals for start-up. IFS modular process skids are always designed and engineered-to-order to meet the specifications of the customer, as with the BP Trinidad Juniper Project. 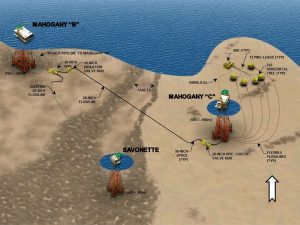 The BP Trinidad Juniper Project will develop resources from the Corallita and Lantana fields located in the Trinidad Columbus Basin. Both fields are located approximately 52 miles east of Galeota Point, Trinidad in a water depth of approximately 360 ft. 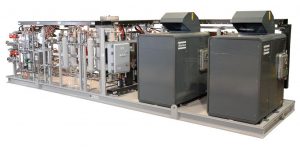 The development will produce gas up to 590 MMscfd with first gas scheduled in Q1 2017 from the Corallita and Lantana reservoirs with the production gas to be exported through a 10 km – 26 inch export conventional riser and pipeline from Mahogany C. The subsea tie-in of the export pipelines will be accomplished by a subsea wye that will be installed in the pipeline system from Savonette to Mahogany B.

Normally, the dew point of the nitrogen produced would be -70°F which dries the elastomers in the sealing system. To overcome this,  IFS revised the nitrogen generation system to incorporate a nitrogen humidification loop which maintains 96% nitrogen at a dew point at -20°to -40°F, which meets seal manufacturers nitrogen specifications (such as Solar PIL-140, Rev 14).

IFS project for Dolphin A Platform near Trinidad & Tobago: