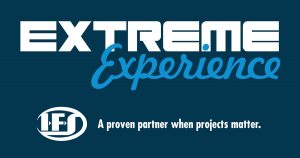 As global process skid manufacturers, IFS serves the needs of our O&G, Power Generation and Air Quality customers all over the world. Our engineers and our rugged engineered-to-order, modular liquid-and-gas process units go to wherever our customers need us. This includes some of the most remote regions of the world, many with the most extreme climates. Read the story of our journey below.

The following article by Mark Golombek was featured in BUSINESS IN FOCUS Magazine, September 2015.

Integrated Flow Solutions LLC (IFS) specializes in the design and manufacture of modular engineered-to-order liquid and gas process systems. IFS grew out of the pump distribution business and has expanded to serve the international oil and gas, power and air quality industries.

Headquartered in Tyler, Texas, IFS has sales and marketing offices in Houston, Texas, Plano, Texas, and in 2013 opened a Middle East North Africa sales office in Dubai. IFS has separated itself from the competition in many ways and established itself as a major player in this industry. We spoke with the company’s President Bill Marsh and Vice President Jim Raydo to find out more.

IFS provides process solutions like conditioning natural gas as a fuel source for combustion engines and turbines in such industries as Oil & Gas and Power Generation. “We deal with all the major international oil companies (IOCs): Exxon Mobile, BP, Shell, to go along with all the EPCs (engineering procurement and construction companies) like Bechtel, Fluor, and Petrofac for example.”

IFS starts with a customer’s PFD (process flow diagram) or idea and converts that into a workable process solution via project management, design, engineering, fabrication, start-up and service on the equipment. IFS provides this service anywhere in the world, from the Gulf of Mexico to oil fields in Southern Iraq.

As Jim laughs, in the oil and gas industry, one doesn’t typically find oil in all the desirable vacation spots. “It’s in places like Siberia and Iraq. I would rather go to Siberia than Iraq right now.” No matter where in the world the equipment is installed, IFS uses its own in-house people for training, commissioning, start-up, and maintenance.

“In Iraq, we have IFS people starting up fuel gas packages – which Jim and his group sold to Gazprom, which is a large government-owned Russian gas company – and also another fuel gas conditioning package that Jim sold to Shell. They have a big concession in southern Iraq as well.”

IFS has been covering the Middle East region since the 1980s. IFS began sending people to the Middle East that were stationed in the USA several times per year, which resulted in good business opportunities. As the business plateaued, IFS decided to invest more money in the region by opening a sales and service office based in Dubai. IFS’s first two employees included a business development manager to establish IFS’s presence in the region and a field service manager to start up and maintain existing and future IFS packages in the region. The second anniversary of this office is now drawing near.

“Proposals are generated by my team in the U.S. When we are awarded a project, all the equipment is engineered and designed here in the U.S. Once it is ready for fabrication, we then will determine if it’s more cost-effective to manufacture the equipment in the Mid East with oversight from our people in Dubai.”

Presently the team is executing two projects in Dubai. The goals for the future are to have its own manufacturing facilities somewhere in the United Arab Emirates in the next five years. However, until business is more established in the region, the costs associated with this endeavor are prohibitive.

IFS has formed a joint venture operation in Nigeria to address local content requirements. “Nigeria elected a new president in 2015 so business has been slower than normal this year. Once the new government is in place, IFS West Africa Limited (IFSWAL) is optimistic that new capital projects will be released.”

On June 24, 2010, IFS received ISO 9001-2008 certification from Bureau Veritas, an internationally recognized certifying body. ISO certification is often a minimum requirement of international business and is becoming more important within the U.S. IFS also possesses Canadian Welding Bureau certification, National Board of Boiler and Pressure Vessel Inspectors certification and American Society of Mechanical Engineers (ASME) certification. “We actually have CWB certification now, because Canada’s oil & gas market has been a good market for IFS. In 2015, Canada represented approximately 20 percent of IFS’s business. Canada is such a close partner with the U.S. that it makes sense for IFS to obtain the required Canadian certifications to be able to ship IFS’s products there.” For CWB certification, IFS sent its welders to classes in Calgary for classroom and welder testing.

“The industry is evolving and so the technology has to change with it.”

The industry is evolving and so the technology has to change with it. IFS is at the forefront of gas treatment technology employing membranes in partnership with a company called PoroGen. This membrane technology cleans up natural gas by removing H2S, glycols, heavy hydrocarbons, CO2, etc. from the gas stream. With the membrane technology, this process becomes less expensive than traditional methods. This technology has not been on the market for very long, and there are approximately three to four others that use this in the industry.

For example, the project with Gazprom in Basra Iraq, is an early production facility, meaning that once it started drilling wells, it had to be able to process oil and gas where there is no utility power. Diesel or natural gas engines powered generators are used to generate power for the infrastructure while the field is developed.

Separating sand from the produced oil & gas stream is big business these days. Hydraulic fracturing is used to extract oil & gas – large amounts of frac sand and water are pumped into oil & gas formations to separate the shale rock and allow the gas and hydrocarbons to be extracted. Many times, the frac sand is carried back to the surface and produced with the oil & gas.

“That sand causes a lot of problems to valves, production equipment, wellhead producing equipment, and gas compressors. We have pioneered a package that virtually removes ninety-nine percent of that frac sand from the produced wellhead stream, allows the oil and gas companies to reclaim that sand and re-use it again for fracturing.”

IFS has worked with a couple of independent oil companies to put a couple of pilot projects together to test the technology. “It’s not like we developed this black box that is a heart pacemaker, but it is a very innovative technology that we have applied to these shale production facilities.”

“We have pioneered a package that virtually removes ninety-nine percent of that frac sand from the produced wellhead stream.”

With any process guarantee, if the equipment doesn’t function as designed or as per the contract specifications, the equipment builder is subject to damages and a host of other financial burdens in order to get that equipment operational.

“As a result of that, we have seats on a software development license called Aspen Plus which confirms that what we are designing is correct and will function properly. We have four seats on Aspen. The yearly charge per seat is $20,000, so we are spending $80,000.00 per year on this process simulation program just to ensure that what we build is going to function as stated.”

IFS is one of the few companies that has the capability to not only design the piece of equipment to meet the customer’s requirements, but also provide the process guarantees. IFS builds it and guarantees that it works like it should.