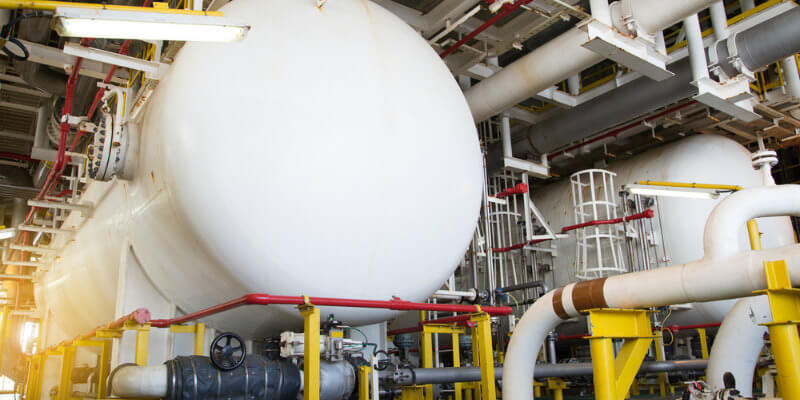 Dehydrating natural gas helps to prevent several problems that occur in storage and transportation such as corrosion of storage vessels, inaccuracies in the metering of gas flow, and the presence of unwanted compounds within the product. Oil and gas separators are widely used for gas-liquid or oil-gas separation at processing facilities.

What Is a Separator Used for in Oil and Gas Operations?

A separator is a device used to separate a well stream mixture of oil/gas/water into its constituents. For example, a gas-liquid separator is used to extract and collect entrained fluids from natural gas streams. The two main categories of separators are two-phase and three-phase separators.

A Free water knockout (FWKO) is often classified as a three-phase separator because it can remove produced water from hydrocarbons held in storage vessels at oil and gas facilities.

Let’s take a closer look at these modular process skid units to better understand how they work.

As stated earlier, three-phase separators extract the water, oil, and gas constituents from well fluids. Like two-phase systems, they can have a vertical or horizontal orientation.

Features of a three-Phase Separator

Per a client’s requirements, three-phase separators for oil and gas can be purchased as bare vessel (standalone) systems or vessels mounted onto a skid or custom unit.

Some essential features of three-phase separators include:

How Does a Three-Phase Separator Work?

The hydrated fluid stream enters the inlet of the separator and is deflected by the inlet diverter which also reduces its momentum. This is the first (primary) stage of separation.

After passing the inlet diverter, the momentum of the fluid is reduced by the increased surface within the vessel in a second separation stage which separates the constituents into the lighter and heavier fractions, based on their specific gravities. For example, oil, a lighter constituent is separated from water, a heavier constituent.

Finally, the gaseous constituent passes into the mist extractor which removes the smaller water vapor molecules to produce dry gas. The water and oil are collected from separate outlets located on the vessel.

As earlier stated, a separator vessel can have a vertical or horizontal orientation. The vertical three-phase separator design is ideal for low gas-oil ratio (GOR) mixtures and saves space. The main horizontal separator advantages are accommodation for higher volume separation and greater efficiency in high GOR separation. 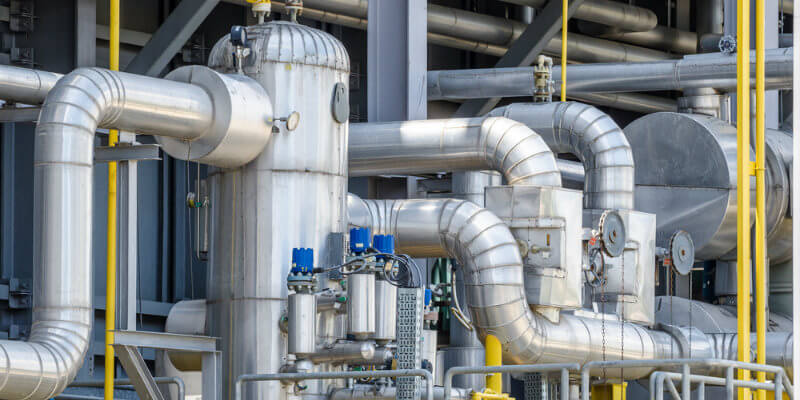 Two-Phase Separators for Oil and Gas

These devices separate immiscible liquids into the individual fractions via differences in viscosity, interfacial tension, or specific gravity between liquid components.

These separators remove solid particles from liquids via centrifugation, use of semi-permeable media (e.g. filters and membranes), or settling. The principle of separation is the differences in sizes of the solid and liquid molecules of the mixture.

Features of a Two-Phase Separator

Like three-phase systems, they are available as standalone or skid-mounted systems.

Some essential features of two-phase separators include:

How Does a Two-Phase Separator Work?

At Integrated Flow Solutions, we utilize two-phase and three-phase separators in our process equipment for upstream and midstream oil and gas. For example, many of IFS’s process packages include separators for oil and gas separation.

We are a best-in-class manufacturer of modular and custom-engineered pumping and process systems for oilfield operators and industrial clients in diverse industries.

« Features & Benefits of Pipeline Transportation – Why Pipelines Are Needed What Is a Heater Treater in O&G and How Does It Work? »